PHILIPPINES, Manila – The Western Union Company announced last November 13, 2013 that 43 countries and territories will offer no-fee* money transfer into the Philippines, enabling more consumers around the world to support the relief efforts in response to Typhoon Haiyan’s aftermath.

Over the course of this week, The Western Union Company will activate a no-fee* money transfer transaction program from participating Agent locations in the following countries, through November 30, 2013. Additional countries will be updated as they are activated.

No-fee* online transactions to the Philippines have also been enabled for the same time period at WesternUnion.com:

Earlier this week The Western Union Foundation pledged a grant of US$100,000 to Save the Children to support the organization’s immediate response activities in the Philippines, which include providing emergency materials, meals and water to disaster victims.

To encourage and support additional philanthropy, through November 30, 2013, The Western Union Company will match two-for-one employee donations to the Western Union Foundation for disaster relief efforts in the Philippines.

Western Union is also encouraging its Agents to join together in supporting relief efforts. Under the Western Union Foundation Business Partner Giving program, the Foundation will provide a dollar-for-dollar match of qualifying contributions to NGOs providing disaster relief support in the impacted region.

“Western Union is responding with support for relief efforts in the immediate aftermath of the storm, including programs that provide meals, water and emergency materials to the families and children most affected by the disaster,” said Patrick Gaston, president of The Western Union Foundation.

“We are committed to helping the communities we serve, and our thoughts are with the people of the Philippines, and the Filipino diaspora community around the world, during this time of need. In addition to immediate response, we will be working with Western Union Agents, employees and nonprofit relief agencies to provide support for initiatives that will help the area recover and rebuild,” concluded Gaston.

*Western Union makes money on the exchange of currencies. No-fee activations may not be immediately available.

Due to the severity of Typhoon Haiyan, some Western Union Agent locations in the Philippines may not be immediately operational or possess sufficient funds.

The Western Union Company (NYSE: WU) is a leader in global payment services. Together with its Vigo, Orlandi Valuta, Pago Facil and Western Union Business Solutions branded payment services, Western Union provides consumers and businesses with fast, reliable and convenient ways to send and receive money around the world, to send payments and to purchase money orders. As of September 30, 2013, the Western Union, Vigo and Orlandi Valuta branded services were offered through a combined network of approximately 515,000 agent locations in 200 countries and territories and approximately 115,000 ATMs. In 2012, The Western Union Company completed 231 million consumer-to-consumer transactions worldwide, moving $79 billion of principal between consumers, and 432 million business payments. For more information, visit www.WesternUnion.com.

About The Western Union Foundation 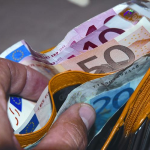