The move was to maximize efforts in pursuing projects which will help “kababayans” in Veneto region and the nearby provinces.

Twenty-six Filcom heads, fifteen of  which are presidents of different organizations,  oath to office last  week.

Consul General Lourdes Tabamo who led the oath-taking ceremony praised everybody’s  efforts in forming the umbrella organization which intends to promote communication, friendship, brotherhood,  and cooperation with the different Filipino communities in Veneto and other places.

The A-F-C-P also plans to hold intercommunity-activities; civic, religious and social such as feasts, fieldtrips and pilgrimages, sports fests and other to promote better understanding,  camaraderie and strengthen Filipino culture and values.

Although the group was originally formed two years ago, it was never been official until they had the induction of officers recently.

It has spearheaded the Miss Veneto Pageant and Little Ms Veneto contest last year and the Philippine Independence  Day celebration in the region.

Almost 5,000 Pinoys are now residing in Veneto and considered the third largest population of Filipinos in Northen Italy. 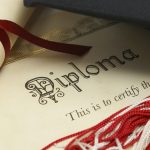