Milan’s celebration of carnival is few days late. While in other places, it has ended, Milan is about to celebrate.

MILAN, Italy – It was a gloomy Saturday, rain was expected to pour anytime but did not stop thousands of Milanese and tourists to come to the city’s center to be part of the closing celebration of the Ambrosian Carnival.

The floats parade started at two-thirty in the afternoon in Via Palestro, passing Corso Venezia and Vittorio Emmanuele and ended at Piazza Duomo.

Tagged as “MedinItali”, a group of parish recreation centers from different parts of the province of Milan was the main presentor.

The group’s artistic floats include stuffs Italy is known for like pizzas, pastas, Ferrari, Fiat, kitchen, the replica of Duomo and others which made children and adults enjoyed and stayed until the long parade was over.

Bolivia had a big participation also in the event.

With their extravagant and colourful costumes and masks, the Bolivian contingent danced their way through the plaza bringing joy and fun to the public.

There was of course, Meneghin, the Ambrosian Carnival protagonist, the typical costume of Milan.

Meneghin, is consists of tricorno, a hat with three edges, a wig with a braid, a long jacket in red and brown, green pants to the knees and striped red and white socks. .Under the jacket is a yellow shirt and a bandana around the neck. The shoes are brown, formed like arches and secured with a clasp. The pink umbrella completes the ensemble.

In most places in the Archdiocese of Milan, the carnival lasts four more days ending on the Saturday after Ash Wednesday.

The event also served as pre-celebration of the 150th anniversary of the Italian unification on Thursday, March 17, 2011. (Zita Baron) 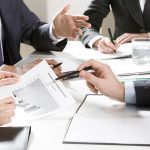