The Philippine Embassy in Rome assisted around 1,000 Filipinos in Florence.

During the outreach, the team successfully processed, among others, 385 applications for e-Passports, 26 Reports of Births, 44 affidavits/Special power of attorney (SPAs) and 16 dual citizenship applications. The outreach also registered 325 new overseas voters and released 302 new e-Passports to their owners or authorized representatives. SSS and OWWA representatives serviced 138 and 53 clients respectively.

In addition, the Consul General officiated the oath-taking ceremony for re-acquisition of citizenship of four Filipinos.

A hospital visit to an overseas Filipino worker who has been in coma since 2013 at the Casa di Cura in Impruneta, Florence was also conducted.

The next outreach mission is scheduled in Reggio Calabria, south of Italy on October 03 to 04. 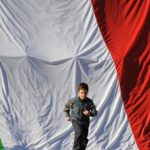