Prior to being part of the Asiatica Filmmediale, my film Oros has been screened at the Vancouver International Film Festival last September. However, the participation of Oros in the aforementioned filmfests were not my first experience in attending such events.

A film I wrote, Bisperas (Trespassers), which won Best Picture in the Director’s Showcase in Cinemalaya last year, also won at the 2011 Tokyo International Film Festival and became the eventual winner of Best Picture, Winds of Asia-Middle East section. I was able to attend the festival with the director of the film, Jeffrey Jeturian. As the creative consultant of the film, Amok (which was directed by my good friend Lawrence Fajardo), I was also able to attend the 2011 Busan International Film Festival.

My experience in attending various film festivals were unforgettable. They allow me to witness how a film affects its audience of various culture and backgrounds. My experience here in Italy was especially rewarding because the Italians were very warm and expressive; they go out of their way to approach you to discuss the film and express how it has affected them. They would even compare it with classic Italian films which, as viewers, have affected them deeply. I appreciate how Italians try to reach out to me, despite the language barrier; this just shows how one’s work can compel viewers to communicate with the filmmaker and show their appreciation. I have noticed the depth of Italians’ love for culture and the arts.

“Oros is an original story; the title was taken from the card suit, Oros (the Spanish term for Gold), used in the sakla game.” The film set in a decadent world where even death becomes a provider. In a country where a cadaver may serve as license for holding a sakla operation (illegal gambling) in wakes, people may exploit the dead in order to generate income from the profits of gambling, and possibly pay for its burial.

In Oros, a funeral parlor owner sells an unidentified body to Makoy (Kristoffer King), a kasero in a saklaan, who, along with his reluctant brother, Abet (Kristoffer Martin), set the stage for a three-week long fake wake

holding the illegal saklaan. The sakla personnel deals with everyone involved, including Linda (Tanya Gomez), an impoverished homeowner, as they agree upon a fictional story which will “legitimize” the wake.

It’s both in the treatment and the intention of the director. But poverty, corruption and decadence are definitely social issues that need to be tackled in the Philippines. As a filmmaker, I feel I have a responsibility to do so,” he pointed out. “If viewers are tired of poverty and prefer to be escapists, God help our country.” 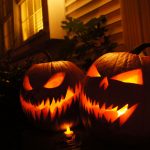