Manny Pacquiao again was given all he could handle from Juan Manuel Marquez in a back-and-forth 12-round battle, but in the end, the judges awarded Pacquiao another close decision win.

The Filipino sensation was taken to the limit Saturday night before winning a majority decision that infuriated Marquez and most of the crowd at the MGM Grand arena. While close, the win helped Pacquiao continue a remarkable run that has made him the most exciting fighter in the sport.

Pacquiao against a counterpuncher who was both accurate and fast, needed the final round on two scorecards to pull out the win. He got it, even though a third judge scored the round in favor of Marquez. 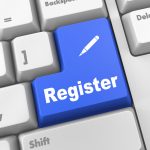