Milan, August 25, 2014 – For this summer season, the Philippine Consulate General in Milan, in partnership with the Film Development Council of the Philippines, organized a Filipino Film Festival for the Filipino Community in Milan. Three Filipino films directed by internationally-renowned directors, Chito Roño, Jose Javier Reyes and Peque Gallaga are scheduled to be shown during the month of August at the San Lorenzo Theater in Milan.

The festival started off on 7 August 2014 with Chito Roño’s “Badil”, a film that won Indie Movie of the Year at the Star Awards for Movies 2014 which also won him the Indie Movie Director of the Year. It has also received praise from Filipino fil enthusiasts for its beautiful cinematography, artistic depth and national significance.

The movie, whose title means dynamite-fishing, portrayed the story of a local barrio during election period focusing on how flawed the political right of voting has become. The protagonist in the story, Nonoy, played by Jhong Hilario, reveals the duties of being an election guardian to prevent vote buyers on the eve of election.

The succeeding films, “Ano ang Kulay ng mga Nakalimutang Pangarap?” and “Sonata” will be shown on August 14 and 20 respectively. 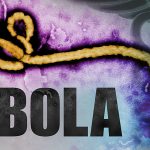