The day, which is celebrated every last Monday of August, is a national holiday. This is in accordance with Proclamation 295 signed by President Benigno Aquino III in late 2011.

The last week of August is of great significance in Philippine history. According to historian Teodoro Agoncillo’s Revolt of the Masses, national hero Andres Bonifacio and the Katipunan officially began the war of independence against the Spanish colonial government in late August, 1896.

The Cry of Pugadlawin (Sigaw sa Pugad Lawin), which heralded the beginning of the revolution, happened during this time. Most Filipinos associate the event with the Katipuneros’ tearing of their respective cedulas, although the exact date and place of the “cry” remains the subject of dispute among historians to this day (Agoncillo puts it at August 23). 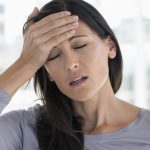