MANILA – AROUND P24.8 million will be spent by the Philippine government for President Benigno Aquino III’s five-day working visit to the United States, where he will deliver a keynote speech at the official launch of the Open Government Partnership (OGP) on September  20, Executive Secretary Paquito N. Ochoa Jr. said on Sunday.

President Aquino was invited by US President Barack Obama and Brazilian President Dilma Rousseff to the official launch of the OGP in New york, a new multilateral initiative to promote transparency, empower citizens, fight corruption and harness new technologies to strengthen governance.

Presidents Obama and Rousseff co-chair the initiative with the theme “The Power of Open: A Global Discussion.”

The Philippines is one of eight countries, and one of only two from Asia, which comprise the Steering Committee of OGP. The other seven countries are the US, Brazil, the United Kingdom, Indonesia, Mexico, Norway and South Africa.

“President Aquino’s participation in the event and the selection of our country as a member of the Steering Committee reflects the international community’s recognition of the President’s commitment to open governance and anti-corruption programs and practices,” Ochoa said.

“Such programs are so important to the President that he himself chairs the Cabinet Cluster on Good Governance, which oversees and spearheads these initiatives,” Ochoa stressed.

The P24.8 million covers expenses for hotel accommodations, food, transportation, telecommunications and equipment requirements, among others.

The Chief Executive’s first stop is San Francisco for a short layover before going to New York, where he will also be conferred a Doctor of Laws degree, honoris causa at Fordham University.

President Aquino will also meet high-level business executives belonging to the US-ASEAN Business Council, the US Chamber of Commerce and the Philippine-American Chamber of Commerce, and speak before the IBM Centennial Forum, “Think: A Forum on the Future of Leadership,” for the computer giant’s 100th anniversary.

After New York, the President will fly to Washington D.C. to deliver a public lecture during the IMF-World Bank Annual Meetings with an audience composed of finance ministers, central bank officials and country representatives. His lecture will discuss the roles of citizen empowerment, good governance and anti-corruption initiatives as agents of poverty reduction.

The President will also meet with the Filipino communities in Washington, D.C., Maryland and Virginia, an area where approximately 110,000 Filipinos live. He will return to the country on September 23.

The President is set to visit Japan during the latter part of September. (by JEREMAIAH M. OPINIANO – OFW Journalism Consortium) 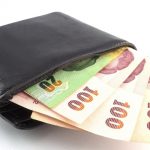